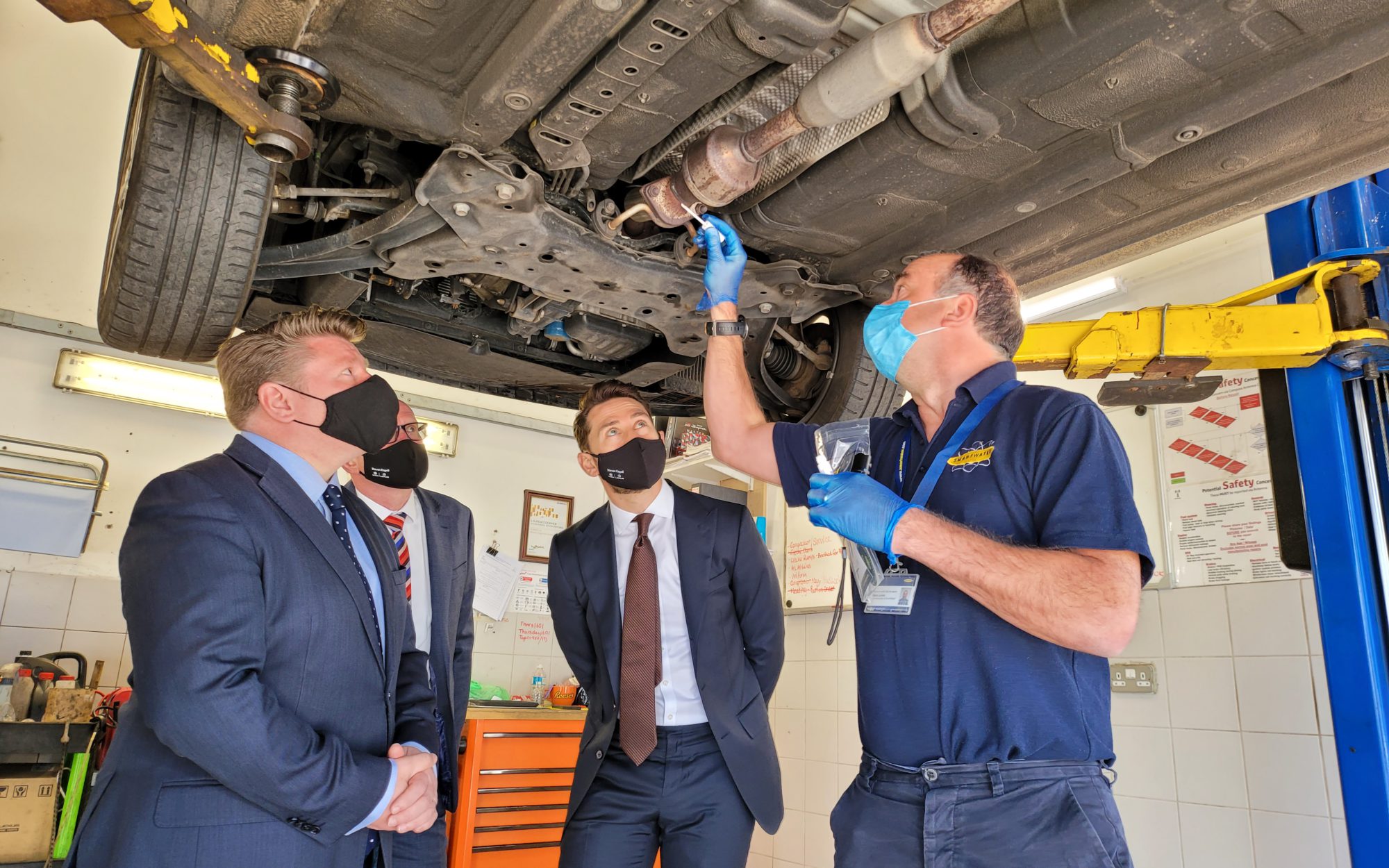 Toyota are taking steps to combat the increase in catalytic converter thefts as they join forces with Police to create a National Database of Catalytic Converters.

Due to the price of precious metals being at an all-time high, the theft of catalytic converters is a national problem and Toyota are working hard to protect their customers from becoming victims of this new crime trend.

It will be operated by the Centre for Infrastructure and Asset Protection (CIAP) and the method of registration is to mark the catalytic converter with a uniquely formulated SmartWater® solution, designed to withstand the high operation temperatures, which is linked on the database to a specific vehicle.

The special SmartWater solution is simply painted on to the catalytic converter of the vehicle and SmartWater scientists only need a speck of the solution to identify the vehicle it came from, enabling the police to prosecute thieves.

CIAP is an intelligence unit made up of analysts who are accredited Police contractors, tracking organised crime gangs around the UK. They work with police on the National Infrastructure Crime Reduction Partnership (NICRP) to reduce and tackle crime against the national critical infrastructure.

During this ‘week of action’, Police also visited hundreds of Scrap Metal Dealers, collating valuable intelligence on where catalytic converters and other stolen metals are disposed of, as well as making several arrests.

SmartWater scientists have undertaken to support this initiative by providing police with forensic analysis and expert testimony in Court free of charge, whilst CIAP will also provide police with access to the National Database of Catalytic Converter free of charge.

Superintendent Mark Cleland of British Transport Police, said “The National Infrastructure Crime Reduction Partnership coordinated Police and partners across the UK in a week of action to target catalytic converter crime. With over 1000 stolen catalytic converters recovered, 60 arrests and nearly a 1000 site visits, we managed to reduce catalytic converter crime nationally by 50% during that period. One key element of the operation was the use of catalytic converter forensic marking at events throughout the UK as an option to prevent crime in the first place. Toyota led the way on this approach through a partnership with CIAP to roll out marking in line with our ‘Protect, Mark, Park’ approach and our advice to forensically mark and register your property to help protect it, prevent crime and trace it should the worst happen.”

Rachael Oakley, Head of the Centre for Infrastructure and Asset Protection, went on to add “This latest spike in catalytic converter thefts represents a considerable issue for police, as a lack of clear distinguishable marks and traceability mean it is difficult for officers to prosecute thieves. However, with the creation of the National Database of Catalytic Converters, thieves will now be held to account for their actions and offences will be traced, sending out a powerful deterrent message.”

To learn more about the National Database for Catalytic Converters, contact us.