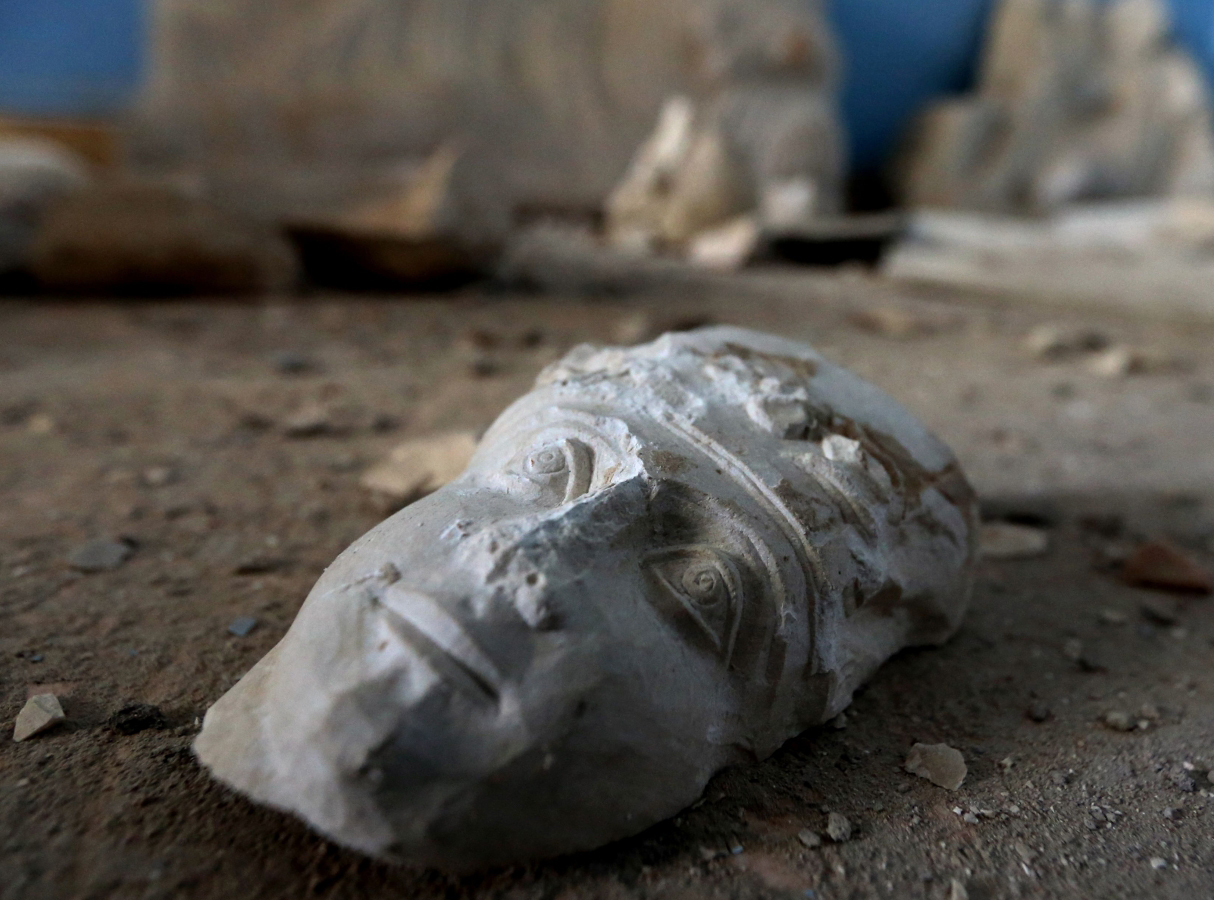 For years, international law enforcement agencies have struggled to prosecute offenders and repatriate stolen artefacts due to the difficulty in identifying an object’s origins and proving the item is stolen.

What they needed was a foolproof, yet easy method of identification, that would help them prosecute Offenders, resulting in the creation of a powerful deterrent.

SmartWater’s traceable liquids have now been specially adaped for use on Antiquities, and have been subjected to intense independent technical scrutiny by US and UK universities.

We have created two distinct methods, one robust, but also one that is reversible, for Conservators to consider where substitution is the issue. This combination of the technology and expertise creates a powerful deterrent to theft.

In a joint US-UK initiative, a team of undercover operatives and Syrian archaeologists have successfully applied SmartWater’s unique ‘traceable liquid’ to some of Syria’s most treasured historical artefacts under threat of imminent theft.

This includes two precious mosaics from the UNESCO World Heritage designated site of the Dead Cities. All are at high risk of being stolen by terrorists and criminal gangs and therefore lost forever. This process renders them traceable back to Syria if found anywhere in the World.

The operation took place in the Idlib region, which has been the subject of indiscriminate gas attacks and therefore, extremely hazardous for the team involved.

Hundreds of thousands of priceless artifacts in several museums in Iraq have been protected from the threat of theft and looting by marking them with a unique code.

Funded by the British Council, approximately 273,000 artifacts held in two Iraqi museums were protected using this new approach. The project allows the priceless objects to be traced back to the site they were stolen from, making it easier for law enforcement agencies to prove theft, thereby creating a powerful deterrent to would-be thieves and traffickers.

The innovative project, led by renowned archaeologist Professor Roger Matthews at the University of Reading, utilizes a specially prepared SmartWater traceable liquid to attach a unique chemical signature onto museum objects.  The liquid is invisible to the naked eye, only detectable under UV black light and scientists only need to recover a speck of SmartWater to prove which location the artifact was stolen from, the date the solution was applied and by whom.

Tests by scientists at Reading University established that the forensic liquid causes no damage to stone, pottery, metal, or glass and can withstand intense heat, harsh solvents, and extreme environmental conditions for decades.  All the costs of R&D were funded by the SmartWater Foundation, the not for profit arm of The SmartWater Group, one of the World’s fastest growing risk management companies.