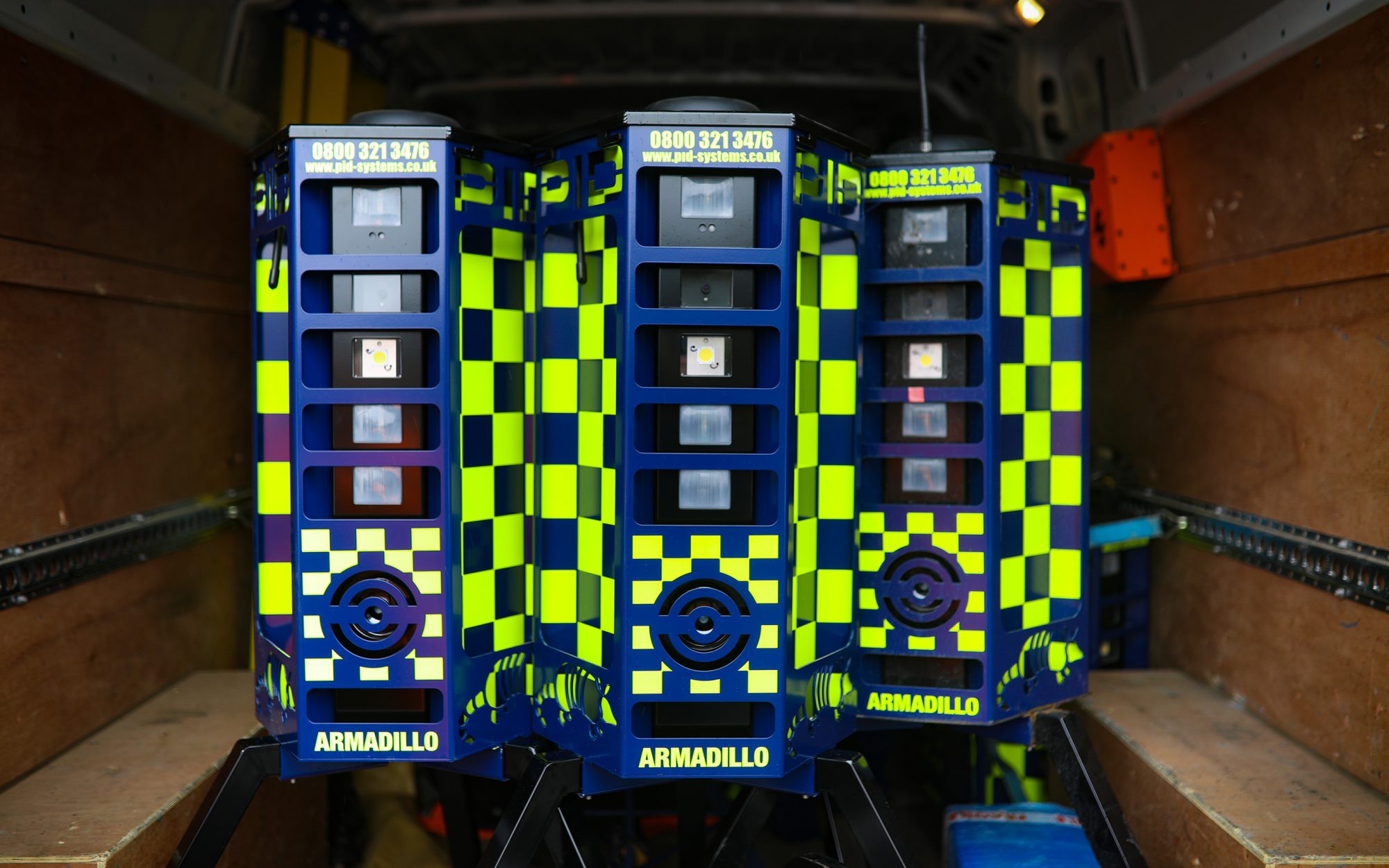 From past experience, a Quantity Surveyor, engaged on an infrastructure project, was concerned that a major site they were opening could be a target for thieves wanting to steal the valuable assets on the site, which ranged from expensive plant equipment to copper cable. The problems they faced were that the site was extremely remote, with harsh weather conditions and, as such, they knew that the cost of traditional security measures would be prohibitive. However, following a visit by a Surveyor from our PID Systems division, the whole site was protected by a number of our mobile VideoGuard360™ CCTV systems, at a fraction of the cost.

PID System’s Surveyors are highly trained risk managers and survey the site to identify the most likely points of ingress by criminals. Then, using specially developed software, they map the site, pinpointing precisely how many and where the VideoGuard360 devices should be located to ensure full site coverage.

Our Engineers were on site rapidly after receiving the Surveyor’s report, with the VideoGuard360 specifically programmed to meet the Client’s requirements. In this case, it involved activating the video cameras during the hours of darkness only, with the units enabled to detect intruders with 360 degree capability, switch on floodlights and issue a verbal warning to Intruders. Officers at the monitoring station were authorised to deploy rapid response security teams and liaise with the police, if warranted.

As the VideoGuard360 units are battery-operated, with up to four years life, they are totally self-contained, with no need for a diesel generator or power wires that can cause additional hazards. They are also capable of being moved around the site very easily and rapidly, as it grows in terms of size and potential obstructions to line of sight.

The VideoGuard360 is highly visible and therefore well-known to the criminal fraternity, acting as a powerful deterrent in its own right. However, the Client opted to add an extra layer of protection by using SmartWater to mark key assets with a unique forensic solution, on the site for the period of the project, covering everything from plant to tools and materials.

Joint signage was erected around the site and it was left unmolested for the whole of the project life-span, without one criminal intrusion.